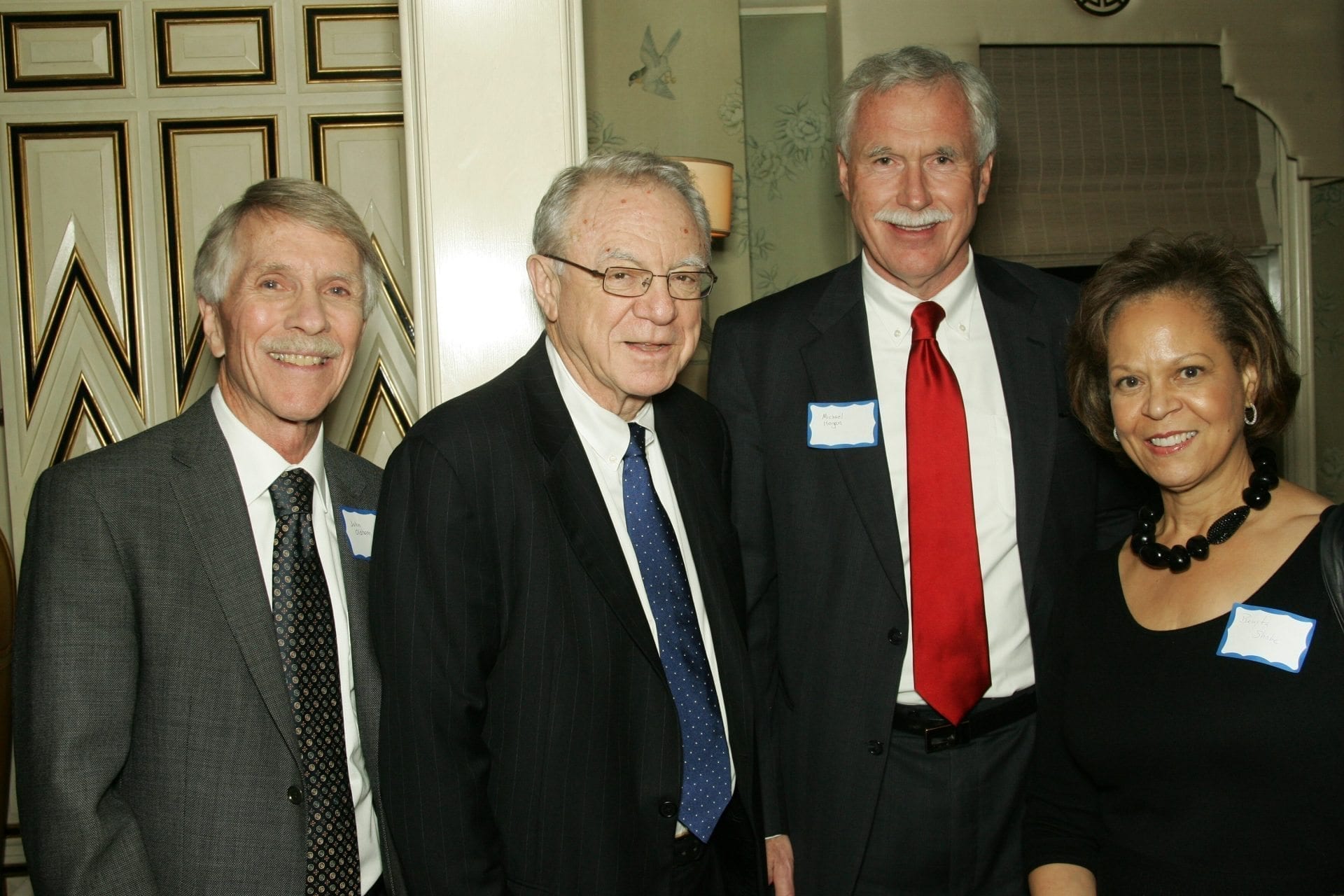 Watch the presentations by Drs Herbert Pardes, Commissioner Michael Hogan, John Oldham, Bruce Cuthbert and Barbara Stanley  and Amanda Wang’s recovery journey.  Also joining the event was Benita Shobe from the BBRF.  Read synopsis of the event by a guest.

What a privilege it was to attend the NEABPD 3rd Meet and Greet Reception; Understanding the Brain and Borderline Personality Disorder. From the moment I entered the BG Restaurant on the 7th Floor of the famous Bergdorf Goodman in New York City, I felt the buzz, the energy of the attendees as we milled about introducing ourselves and exchanging stories.

Dr. Perry Hoffman began the introduction with the mission and achievements of the NEABPD. She spoke of the work of the volunteers for the organization, without which the NEABPD would not be where it is today. She highlighted that the disorder is one of surplus stigma, perhaps more than any other psychiatric diagnosis and the relative lack of sympathy for patients and their families in the general public compared to other illnesses that is also striking. Dr. Hoffman articulated her praise for the Family Connections Program, which is utilized by family members with a relative with BPD to help educate them and to learn coping skills based on Dialectical Behavior Therapy (DBT) to meet the challenges that come with the difficulties of having someone in the family with the disorder. The high demand for the program with the waiting list reaching 1,000 demonstrates the need for increased availability of the 12- week course. Dr. Hoffman shared with the audience that one of the leaders of the course in the New York areas is the sister of Dr. Marsha Linehan, the developer of DBT.

Honored to have the program start off with a few words by **Dr. Herbert Pardes, Chairman of the NEABPD Scientific Advisory Board, the audience listened attentively as he spoke of the continued need to raise awareness of BPD and increase funding for services and research within the psychiatric community.

Dr. Michael Hogan, a welcomed-surprise guest and the Commissioner of the Office of Mental Health (OMH) in New York State, followed Dr. Pardes. He also spoke of the need to make BPD a priority in the psychiatric community and beyond. He shared with the audience the inspiring live-stream of Dr. Marsha Linehan’s Keynote Talk at the NEABPD conference in Seattle, Washington this past April. The live-stream, supported by funding from OMH, his staff came to state facilities to hear Dr Linehan’s presentation.

***Dr. John Oldham provided the audience with a lively overview of BPD, the criteria for diagnosis, and helped us to more thoroughly understand the implications of each of the criteria. He enlightened us that while many consumers with BPD also carry diagnoses for other Axis I disorders, what sets them apart is that they suffer so much more intensely from the symptoms of depression, for example, when BPD is present. It is not as simple as meeting 5 out of the 9 criteria, he informed us; there are 256 possible permutations that could lead to the diagnosis of BPD.

****Dr. Bruce Cuthbert gave us a glimpse into how BPD will be presented in the DSM-V. What is most inspiring is the dramatic changes in the thinking of how BPD which had been thought as of a lifelong sentence on Axis II (along with mental retardation) and is now no longer perceived as such. The majority of consumers diagnosed with BPD no longer meet the criteria after completing treatment. Dr. Cuthbert emphasized that the goal of the future will be to return consumers of BPD to prior levels of functioning.

In *****Dr. Barbara Stanley’s fascinating presentation, I’ll just touch on several of the highlights. The research in progress that suggests that the cutting behavior so frequently seen in consumers with BPD may be a result of an opiod deficit. Additionally, the research pertaining to the reading of facial expressions is illuminating and exciting.

******Amanda Wang was inspirational as she spoke of fighting her way back from BPD through competitive boxing. Her portrayal of her journey back from the illness is truly moving and provides hope for the many consumers and families who are currently in the throes of BPD.

Following the captivating series of presentations, the audience stayed – to discuss what we had heard and learned from the experts during the evening. It was as if we couldn’t wait to explore the information and implications we had absorbed – and there was so much in such a short time.

The buzz, the energy generated from this evening will no doubt linger in our minds as we return to our respective situations with newfound knowledge and perspective. Thank you to NEABPD for orchestrating this event; an evening that was truly a resounding success both educationally and inspirationally.

* Andrea Rosenhaft is a practicing licensed clinical social worker who works at the Long Island Consultation Center in Queens, New York. She is a contributing writer to the NEABPD web site.

The organization’s mission is to “Advance the BPD Agenda.,” aimed at building meaningful lives for those who suffer from BPD.

Proceeds from the event will go toward the Family Connections programs