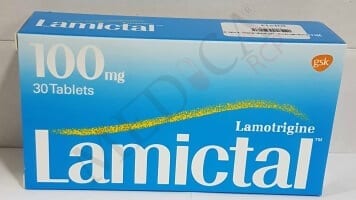 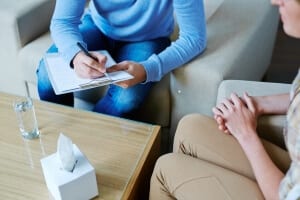 While no medications are approved for the treatment of borderline personality disorder (BPD)—which is characterized by sudden changes in mood—several small, short-term studies have suggested mood stabilizers such as lamotrigine may be able to reduce core symptoms of the disorder. A study that compared mental health outcomes in patients with BPD who were prescribed lamotrigine with those prescribed placebo for 12 months found no differences between the two groups. The results were published Friday in AJP in Advance.

“[W]e found no evidence that prescribing lamotrigine for people with borderline personality disorder led to improvements in their mental health,” wrote Mike Crawford, M.D., of Imperial College London and colleagues.

To examine the long-term effects of lamotrigine on patients with BPD, Crawford and colleagues randomly assigned 276 adults with BPD to take either lamotrigine (up to 400 mg daily) or placebo for one year. All study participants continued to receive standard care, which included contact with primary and secondary health services, including access to psychological treatment services and inpatient admission if required. A total of 195 patients remained in the trial at 52 weeks.

The researchers found that there were no differences in patient symptom scores between the groups, which were measured with the Zanarini Rating Scale for Borderline Personality Disorder (ZAN-BPD) 3, 6, and 12 months after the study began. The average ZAN-BPD score was 11.3 in the lamotrigine group and 11.5 in the placebo group. There were no significant differences between the two groups in secondary outcomes (also assessed a 3, 6, and 12 months), including depressive symptoms, rates of self-harm, social functioning, and health-related quality of life.

The researchers also found that the use of lamotrigine did not reduce direct health care costs (such as hospital care or medication fees). At baseline, costs during the preceding six months were about $8,160 for patients in the lamotrigine group and $5,163 for those in the placebo group. The average total costs over the next year were $17,785 for the lamotrigine group and $12,340 for the placebo group, which resulted in no significant cost savings relative to placebo (The difference in cost was not statistically significant, according to the study authors).

“Clinicians may feel under considerable pressure to prescribe medication for people with borderline personality disorder, especially at times of crisis,” Crawford said. “In the absence of clear evidence suggesting benefits associated with any type of medication, nonpharmacological approaches should be offered.”