Study approved by the University of Nevada, Reno Institutional Review Board as a joint project with Harvard Medical School to better understand the relative helpfulness of various skills.

END_OF_DOCUMENT_TOKEN_TO_BE_REPLACED

Online Survey: Researchers at the University of Houston are interested in better understanding … 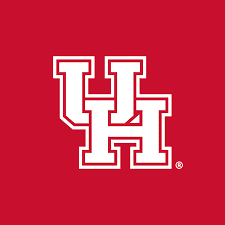 Researchers at the University of Houston are interested in better understanding the perspective of individuals (age 18+) who have (or suspect they have) BPD, and their family members.

To participate, we invite you to complete one anonymous, 30-minute online survey about diagnostic reports. It is very important that clinicians communicate the possibility of diagnosis in the most effective way to individuals and their family members: your voice in this issue is invaluable.

What Is Borderline Personality Disorder? The Causes, Symptoms, and Treatments to Know

rts say this confusing mental illness is often misdiagnosed, but it is treatable.

END_OF_DOCUMENT_TOKEN_TO_BE_REPLACED

That’s what Mary Zanarini, Ed.D., of McLean Hospital, Belmont, Mass., reported today at a symposium on long-term outcome for borderline personality disorder at APA’s 2013 annual meeting. During the symposium, Zanarini—who is one of the leading researchers on BPD—discussed findings from the McLean Adult Development Study, which looked at marriage stability and parenting as variables in recovery from BPD. “The study focuses on marriage or living stably with a partner and parenting because they are two of the main markers of successful adult adaptation,” Zanarini told Psychiatric News. “Recovery” from BPD was defined as being symptom-free, having at least one stable close relationship, and being employed.

What’s the take-home message? “Clinicians should know that people with BPD can successfully marry or live with a partner in a stable relationship and become parents. But if they do these things while they are still acutely ill and when they are young, it is not as likely to turn out well as if they wait, symptomatically and psychosocially improve quite a bit, and get a bit older and calmer—[in which case] it is quite likely to turn out well.”

To listen to an interview with Zanarini, click here.